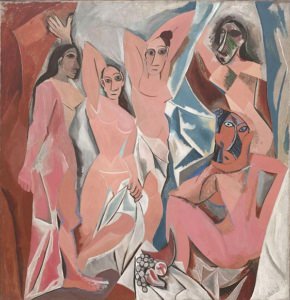 I’ve just finished a new novel called ‘They Were Sisters.’ When I was a schoolgirl of ten, my class was asked to write an essay called ‘My Family’. My childish heart leapt. I knew I was onto a winner. Even though I attended a Catholic convent, there was no-one else who was one of eight children. ‘I have four brothers and three sisters,’ I wrote proudly. ‘My eldest sister is twenty and wears merry widow corsets and my youngest brother is three and has long golden curls. Another brother makes me hold one end of the tape for hours while he measures our Wellingtonia Tree.’

Families, I knew even then, are the best possible subject for novelists. Indeed without this early realisation I might never have become a writer. I can’t pretend I was the first to notice the potential in people bonded in love or hatred by a high octane mixture of chance or choice. From Austen to Tolstoy (who both wrote their most famous opening lines on the subject) to Waugh and St Aubyn, all have noted the drama inherent in family life.

I’m happy to affirm that ‘They Were Sisters’ is not about my own three sisters nor about my own mother. Instead it delves into the dark wells of danger that await those whose relationship grows down instead of up.