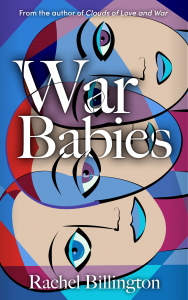 Published by Universe at Unicorn, May 2022.

This is the story of three sisters, Millie, Di and Cleo. They are the war babies. Growing up in a world hungover from war, the sisters struggle to leave their mother behind and build their own lives. Millie turns to marriage, motherhood and God. Di becomes a foreign correspondent, finding a role in war-time Vietnam. Cleo chooses words as a defence against the world. A successful novelist, for a time she is content to be a sardonic voyeur.

Each sister is lost in her own world where extreme need leads to extreme behaviour. Then Cleo, the youngest and wildest, becomes the catalyst to smash the pattern. Who will adapt and survive? Who will find peace?

From the 50s to the present day, and with elements of a psychological thriller, Rachel Billington shows how three women navigate a future where men are not the only answer. The focus shifts from one sister to the next, putting human nature, its flaws and its virtues, under the spotlight. Yet there is hope at the heart of this story which leaves the reader wondering long after the final twist is revealed.

How Emma persuaded me to write ‘Perfect Happiness’
Impossible to believe that Miss Emma Woodhouse could change anyone’s mood for the better. Conceited, narrow-minded, snobbish, insensitive are just... Read more
Covid 19 – Buster’s Story
It all started well. Jim was suddenly at home more. Actually, all day. The morning walk was a little longer... Read more
Politics
‘Oh politics!’ exclaimed Dan as if that was the end of the matter. ‘But I was stopped in the street.... Read more
The Wild Cherry Tree (Prunus avium)
The Wild Cherry Tree is a hermaphrodite, both male and female, and more than a little poisonous. But this didn’t... Read more 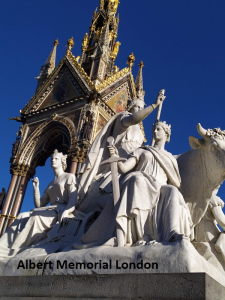 War Babies, the title of my new novel describes my own generation. We were the children of war, not just during the fighting or bombing or dislocation that took place between 1939 and 1945, but the longer lasting effects after it had finished. The return of the fathers to the mothers who had run their families on their own often over five or six years.

When my family moved to London, my first images were of bomb sites and the purple flowers of the buddleia that flourished there. At the coast, there were still barbed wire and skull and cross bones, a warning of bombs, live and dangerous. But there was a sense of a new order too: socialism, and as the sixties came, the rise of feminism. War Babies, written from three points of view, at first with all the passions of youth, allows me to describe a period, now history, also holds the roots of much that followed. Not content with that, I have tracked forward and the most dramatic of the three sisters becomes a recognisable woman of today.

Date to be confirmed