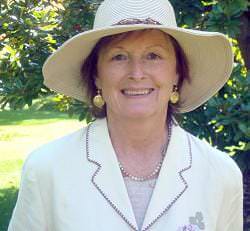 There is an argument that too much realism isn’t a good idea for a childrens’ novel. Recently I was attacked (verbally) by a woman who believes that children should be allowed to enjoy escapist writing before the anxieties of adulthood comes to put the lid on youthful optimist. I’ve nothing against escapism for children or adults. But there’s also a place for stories that tackle the bad experiences children have to face. There are at any one time at least 85,000 men and women in prison, many of them with young children. Many schools will have pupils with parents or relatives in prison.

After finishing my adult novel, The Missing Boy, the story of a thirteen year old who runs away from home, I swore never to write about a troubled child again. The whole experience was too painful. So then I wrote Poppy’s hero, about a nine year old girl whose dad goes into prison. The saving grace is that this is fiction for children so that it can and indeed is expected to, have a happy ending. Which is not to say that in real life things turn out fine for kids with dads or mums in prison. Studies show that they suffer more from learning and other difficulties and are more likely to land up in prison themselves. I get a strong picture of this from my work at Inside Time, the national newspaper for prisoners, in particular thorough the moving poems we receive on the subject.

Poppy’s Hero is a lot more cheerful. It’s actually an adventure story because Poppy doesn’t believe her dad is guilty so she decides to help him escape from prison. Her friends, Jude and Will and Angel all have different takes on her situation but in they end they decide to help her. If the ending isn’t conventionally happy, it’s more than halfway there. Now I’m writing the follow-up novel, Poppy’s Angel. Maybe that will go the whole way.