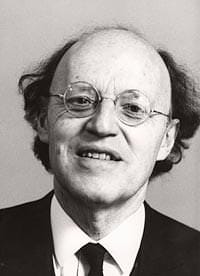 As a young don in Oxford my father Lord Longford, Frank Longford, (1905-2001) was already interested in prisons. He was in the process of converting to Catholicism and very struck by the Christian message: Hate the sin but love the sinner. This remained the foundation for all his subsequent work with prisoners and other people who he felt were ill-served by society. He never condoned criminal actions but always believed in the possibility of change, however hardened the criminal. This approach led to his support for the child murderer, Myra Hindley which drew on him so much criticism. Happily, there was a more sympathetic portrayal of his beliefs in the 2007 award-winning TV film Longford.

Yet Hindley was only one of hundreds of men and women my father tried to help over the years. Even as a child, I grew used to the kind of sad cases he befriended, although I couldn’t quite understand it. Now, in my own contact with prisons and prisoners I often come across people who remember my father with enormous and personal gratitude and affection. To him, everybody was equal in the eyes of God and therefore also to him. He set a great example.

After my father’s death, family and friends decided to set up a trust in his memory. This organises an annual lecture – the 2006 lecturer was Clive Stafford Smith, the human rights lawyer who works on Death Row in the US and has been much involved in defending the right of those imprisoned by the US in Guantanamo Bay. In 2008 we decided that the situation of British prisons was so dire with prison numbers up to their highest ever number, that we would convene a panel discusion instead of a single speaker. The panelists were Phil Wheatley, the Director of NOMS, the combined prison and probation service, Sir Ian Blair, the controversial head of the Metropolitan Police, since retired, Baroness Helena Kennedy QC, the formidable lawyer and civil rights champion, and finally Jason Warr, an ex-offender and one of the Longford Trust’s scholarship recipients. It was an evening packed with information and passionately held views. The 2011 lecturer was Jon Snow. More recent lectures were given by writer Will Self (2012), Bianca Jagger (2013), Michael Gove (2016) and Ken Loach (2017). In 2014, NiIs Oberg, Director of the Swedish Prison Service gave us a picture of a very different sort of Prison system. Other speakers have included Archbishop Tutu, Cherie Booth QC and Mary McAleese, the President of Ireland.

The Trust also give prizes for those working in the field of social or penal reform and has set up a series of scholarship awards for ex-prisoners in higher education. At the moment there are over 50 men and women on our books. Since the scheme started in 2004, there have been 200 Longford Scholars of whom 80% have obtained degrees.

If you want to know more, the address is: www.longfordtrust.org