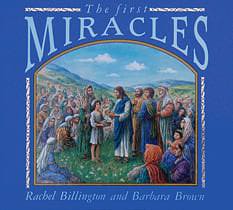 Most of my education took place in Catholic convents and I’ve remained a Catholic. This appears to surprise some people who (apart from Evelyn Waugh and Graham Green – actually not such bad company) don’t believe being a Catholic and a novelist are compatible states of being. The thinking for this, as far as I can make out, is that a member of a religion must see life from a narrower perspective and therefore be less able to probe and understand the weirder shores of the human psyche or experience.

Personally, I hold that a belief in God has exactly the opposite effect and makes a writer more likely to be sympathetic to the wilder examples of human behaviour. As to experience, I think I’ve written elsewhere that the most important attribute of a novelist is a vivid imagination. You don’t have to murder to write about a murderer.

I loved researching and writing my five religious books for children. The first four were, of course, based on the New Testament. It was an exciting challenge to approach the stories of Mathew, Mark, Luke and John quite freshly and then take from them what I needed to engage a young reader. I was struck immediately by how easy it was to find suitable material. Each evangelist’s voice was so strong and so visual; I emphasised the visual at first to help the illustrator, (the brilliant James Mayhew) although some descriptions were later removed. The only problem was to decide which evangelist’s telling of a particular event fitted in best with my narrative. But that too was exciting, as I mixed and matched the greatest stories ever told. The First Christmas was sheer delight to write and I still love Barbara Brown’s beautiful illustrations.

The First Easter was a hard book to write for children because it contains a horrific telling of torture and murder – not the usual fare for young children. Nevertheless the death is followed by the resurrection, one meaningless without the other, so I decided both must get proper attention.

When I was writing The First Miracles it felt like I was telling the best magical stories ever, and they had happy endings. Of course Jesus comes out both as great spiritual leader, Son of God, but also a kind of wonderfully understanding magician.

The Life of Jesus is written for older children and I felt very privileged to be working with such extraordinary material. The brief I set myself was to try and talk about the Son of God so that even a non-believer would be involved
and moved.

The Life of St. Francis was a special joy to write. I visited Assisi before I started and travelled through the beautiful country where the saint lived and worked. The illustrator, Christopher Mayhew went one further and spent his honeymoon in Tuscany. A strange thing happned one day when I was working in my Dorset garden. I left my books to go inside for a coffee. When I came out agin, a grass snake was coiled under a biography of St. Francis I was consulting. He seemed perfectly at home. I felt St. Francis’s love of animals still drew them to him!